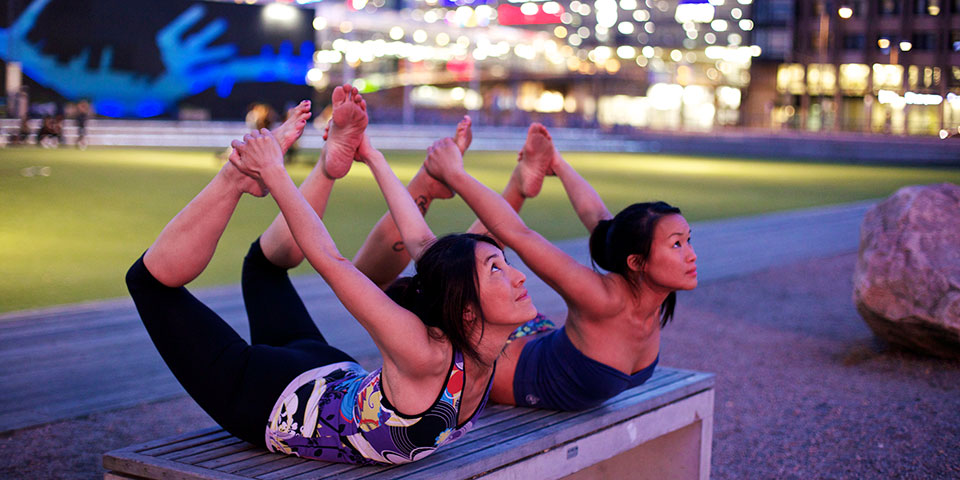 Allison started practicing yoga in 2000 in her hometown Auckland, New Zealand. She took her first Bikram Yoga class in March 2004 and although the heat challenged her the feeling after class was pure magic. From the first class she was hooked. Not long after that she decided that she wanted to share her passion for Bikram Yoga with others and go to teacher training. Allison graduated from Bikram Yoga teacher training in fall 2005.

In 2006 the opportunity to teach in Hong Kong presented itself to her and she wanted to dive in and explore the possibilities of teaching full time and has never looked back. Since then she has taught at studios around the world, including Auckland, Hong Kong, Vancouver, London, Stockholm, Malmö and Copenhagen. She was based in Malmö and has been teaching Bikram yoga in Sweden since 2008.

¨Teaching and practicing Bikram Yoga has taught and continues to teach me valuable lessons on many different levels. Bikram Yoga has made me confront myself physically, mentally, emotionally and spiritually. The challenges and struggles we face in the hot room are so often a mirror for our life outside the hot room. I have learnt and am still learning with how to translate the triumphs in my practice to life off the mat. I look forward to bringing this powerfully healing and transformative yoga to the people of Göteborg.¨

Michelle was first introduced to yoga in the autumn of 2001 while she was involved in the fitness industry as a personal trainer and group exercise instructor. She attended her first Bikram yoga class in her hometown of Vancouver, Canada shortly after, and knew from the beginning that she wanted to become a Bikram yoga teacher. As her love continually grew for Bikram yoga, Michelle realized how wonderfully complete this yoga form is as a physically, mentally, and spiritually energizing practice.

She attended Bikram yoga teacher training in the summer of 2004. After graduating from university in 2005 with a degree in exercise science, Michelle decided to leave her other work in the fitness industry behind and started to teach Bikram yoga full-time.

Since then, Michelle has been able to combine her passion for yoga and travel. Since 2005, yoga has guided her through numerous amazing experiences around the world. Among many other opportunities, she has had the chance to teach in Hong Kong, Sweden, Norway, Turkey, Australia and New Zealand, participate in yoga seminars in Hawaii, Barcelona, Malta and Dubrovnik, Stockholm and London, attend an Ashtanga yoga course in Thailand, and hold hatha yoga classes by the beach in south Turkey.

Michelle has now moved back to Canada to be with her family and pursue a career as a registered massage therapist. She looks forward to sharing her love for yoga to the community of Göteborg the next time she comes to visit.